calendar
news
who is who
on the menu 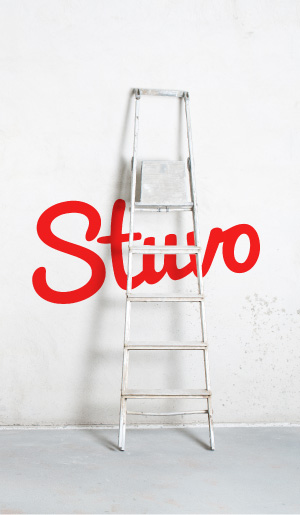 WILDE WESTEN
If you see and hear live music in Kortrijk, chances are that Wilde Westen is involved. This great organisation is responsible for the varied programming at the De Kreun concert hall and is also behind five music festivals. Your student card gives you a €3 discount on normal ticket prices. The full concert agenda can be found at www.wildewesten.be.

MUZIEKCENTRUM TRACK
Muziekcentrum Track is a place run for and by musicians, music organisations and music lovers. With - take a deep breath - 5 concert halls, 38 reaching rooms, 9 offices, 3 rehearsal rooms, 1 recording studio and 2 radio studios, this is one of the largest music centres in Flanders. Come and rehearse here with your band at affordable prices, take made-to-measure music lessons or choose one of the workshops. Catch a concert or a comedy show, or just have a drink or lunch in Café Pand.A. You’ll find Track opposite the station. Check out everything on offer at www.muziekcentrumtrack.be!

THEATRE
Every self-respecting city has its own theatre, and even if we say it ourselves, Kortrijk's is a very fine one. Settle into the red plush seats and study the splendid ceiling while you’re waiting for the performance to begin. There's a variety of shows: comedians, theatre groups and musicians all tread the theatre’s boards. Young people can attend lots of the shows for just €6. Go to www.schouwburgkortrijk.be to view the programme and buy tickets.

BUDA ARTS CENTRE
The trendy Buda island is home to the arts centre that shares its name, offering a great range for hardcore culture-vultures and casual visitors alike. The city cinema Budascoop hosts the best new films on its three screens. They can range from the latest, universally known Oscar winners to obscure gems from Asia. The best cult and horror films are also screened from time to time during special late-night showings. Budascoop also has two halls reserved for performing arts. And there’s always something to see in the exhibition space in the Tacktoren and the Buda Factory. Every year, festivals like NEXT and Everything Matters bring fresh dance and theatre performances to Kortrijk. View the film and other programmes at www.budakortrijk.be.

P.S. If you are aged under 30, you can catch a film very cheaply! A young person’s season ticket, which you can share with your friends, costs just €30 for 5 films.

THEATER ANTIGONE
Antigone was founded more than 60 years ago. Since then, Kortrijk’s own theatre company has earned a sound reputation in theatrical circles. At their theatre in the Overleiestraat they put on their own shows and frequently welcome other companies bringing drama to the city. Antigone also have a well-developed youth programme and promote social-artistic activities. Theatre camps, workshops and tours are organised to spread love of the theatre as widely as possible. Every year, a performance is put on with “ordinary” people: everyone is welcome to join in!

BUBOX
Opinions on contemporary art are still divided, but it comprises some outstanding work, as you can see for yourself at BuBox. This gallery for contemporary visual arts focuses on young talent and unique artists, so you’re certain to see a fascinating selection. You’ll find BuBox in the stables in Korte Kapucijnenstraat, smack in the middle of the Buda island. You can visit every temporary exhibition free of charge. A summary of the current exhibitions can be found at www.bu-box.be.